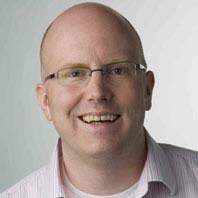 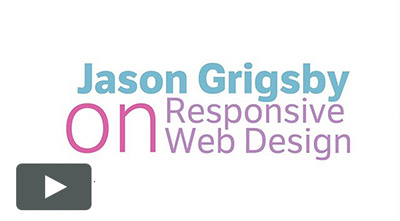 Building responsively for screens and users

Stop wrestling with the challenges of slow and underperforming sites. Learn to make it work by adopting a mobile-first approach to responsive web design.

Finding solutions with developers doesn’t have to be a burden. Get the know-how to more confidently talk with your team about translating your designs across devices.

Understand the connection between mobile-first responsive design and having great experiences. See how performance decisions can affect your users.

You’ll learn how to:

Tailor your designs for multi-device display and future-friendly performance.

You’ll collaborate with other attendees to modify HTML and CSS. With Jason’s help, you’ll work to convert a fixed-width desktop design to a responsive layout. You’ll then update it with a viewport metatag, learn to find natural breakpoints, and test its performance. He’ll also help you reorder CSS, modify it to scope images properly, do more testing, and convert media queries to ems. As a result, you’ll see the technical and design implications of a responsive development process.

And don’t worry if you’re not a coder. We’ll create groups of people who are comfortable with CSS with those who aren’t, and all of the exercises will include the solutions—so you won’t get stuck. (That said, if you’re terrified of HTML tags, this probably isn’t the workshop for you.)

Remember when you got your first mobile phone? How you instantaneously became obsessed with the global potential of carrying such powerful connectivity right in your pocket?

OK, maybe that’s a bit strong. But it is exactly what Jason Grigsby felt when he bought his first mobile phone in 2000.

Since then, Jason has built a renowned career championing mobile design. He co-founded Cloud Four, a mobile design and development agency, and founded Mobile Portland to educate and support Portland’s mobile community. He also co-authored a book, Head First Mobile Web, and manages to energize everyone (including us!) whenever he speaks on the topic of mobile-first, responsive web design.