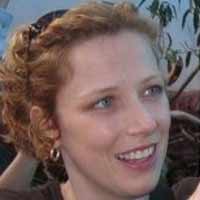 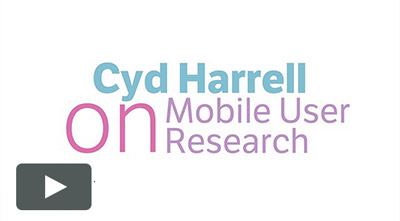 Mobile changes everything about how we conduct usability research. Learn the latest techniques for interviewing, gathering data, and involving your entire team.

Mobile testing might mean conducting research “in the wild” or having users bring their own devices. See how to adapt classic desktop testing to your mobile apps.

Get tools you can use

Dispel your fears about real-time live broadcasts, face-video studies, or walk-around research. Hear about techniques that enrich UX over the long-term.

You’ll learn how to:

A real-world method for mobile study

Your users, teams, and stakeholders will benefit from the tests you set up and lead.

A toolkit for doing mobile-app research

A repeatable process of learning

Navigate everything from prioritizing prototype tests to recruiting research participants.

A comfort with studying user emotion

Discover the relationship between users’ feelings toward an app and their regular behavior.

Cyd will facilitate small-group and individual activities to hone your research and interview techniques. Wear comfortable walking shoes; you’ll need them for observing mobile users on-the-go. You’ll also dig into some diary studies to see what “research platform in your pocket” means.

Perhaps it’s her poetry influence that makes Cyd Harrell’s usability coaching feel as artful as it is scientific. Regardless, people love learning from her—as you’ll soon find out for yourself.

Cyd was the VP of Research for SF-based UX design firm Bolt|Peters until June 2012, when Facebook acquired the company. While there, she helped clients such as Sony, Volkswagen, and Rdio to conduct remote research and real-time usability studies. Before that, she the led desktop experience and design standards groups at Charles Schwab.

Cyd also is renowned for building communities, which she’s done in San Francisco (as co-founder of Women on the Web), and at Code for America (where she’s a mentor). She’s also an advisor to ethnio, a product that helps people recruit research participants.

Until you attend her workshop, go ahead and benefit from Cyd’s masterful knowledge of mobile-UX research by following her on Twitter @cydharrell.